The postwar period saw the emergence of the flappers, a group of young women determined to live their lives as freely as their male counterparts. These "jazz babies" participated in activities that were not associated with traditionally feminine behavior, such as drinking, dancing, and smoking, but also driving cars, flying airplanes, and participating in sports. The image of the flapper is linked to the heavily fringed and beaded evening dress that was designed to enhance the energetic movement of popular dances such as the Charleston, the Shimmy, and the Black Bottom. By the mid-1920s, these styles were no longer seen as shocking and fringed elements even made their way onto daywear. Fringe was particularly fashionable in 1926 when Vogue declared "Chic Lies at the Fringe of la Mode" and "Fringe Sways the Balance of Evening Chic." 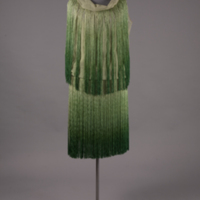 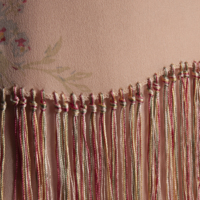 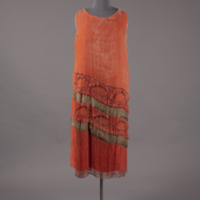