During the 1920s, fashionable young women abandoned their corsets and layers of modest undergarments in favor of lightweight lingerie. While previous generations had worn layers of white cotton or linen, these new styles were available in a wide array of sherbet-hues, with shades of pink, peach, and coral being the most common. "Artificial silk" (rayon) brought mass-produced feminine luxury within reach of most women, and paper patterns were widely available for home sewers. The step-in, also known as a teddie or cami-knicker, was ubiquitous and described as "...one piece, light, exceedingly brief but roomy." Once the province only of men, actresses, and bohemians, Pajamas were now widely accepted and associated with the extremely youthful flapper style. 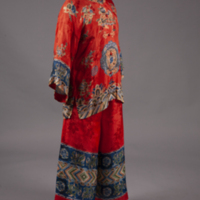 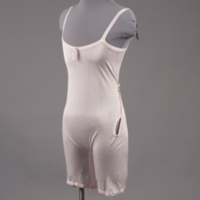 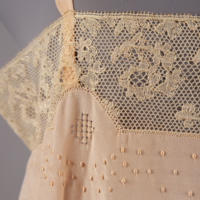