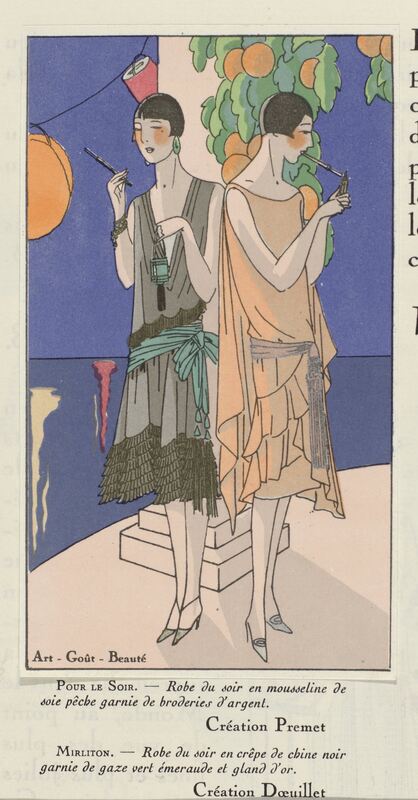 By the late-1920s costume jewelry, previously regarded as being in poor taste, was widely available and seen as the perfect complement to a modern wardrobe. While some examples mimicked fine jewelry, others were deliberately fake and designed to reflect seasonal fashion trends. Obvious cosmetics also gained widespread acceptance during the 1920s, going from taboo to an essential part of a well-groomed appearance and a sign of female independence. Cosmetics were applied heavily "not to imitate nature, but for an altogether artificial effect…" with heavily rouged cheeks, thin plucked brows, and lipstick applied in a stylized "cupid's bow."